WENDY DEWAR HUGHES
Do you have the nerve to go after your dreams?

Do You Have the Nerve?

“Anything is possible if you have enough nerve.” J.K. Rowling

I was talking with a friend recently about some programs that she was planning on developing and in the course of our conversation we talked about how many people are afraid to try new things, afraid of stepping out and being seen, afraid of what others will think.

It made me think about my own life and some of the things I’ve attempted, because I wanted to. I’ve started businesses, travelled, moved to foreign countries, and spoken before audiences. 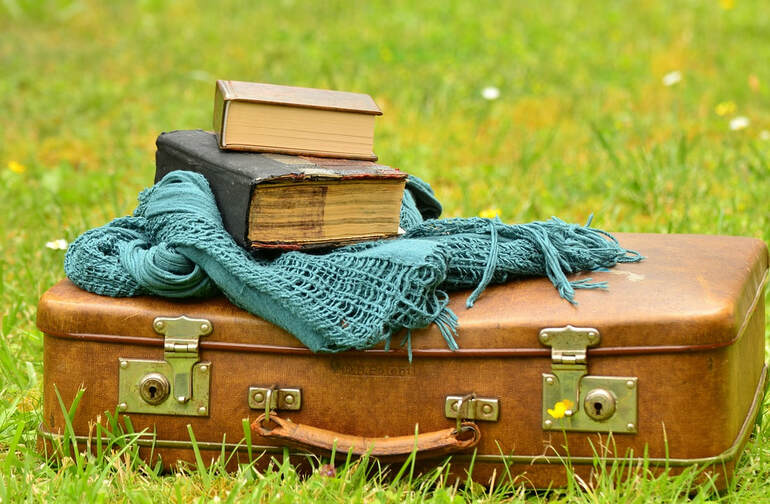 Assemble what you need to get going. Books, check. Shawl, check.
I have created businesses in fields that everyone told me wouldn’t succeed, and have done fine, except when I didn't. I'll be honest. Some things I've attempted have been monumental flops. Jobs that were supposed to be the be-all, ended up in dust. (Sometimes I’ve been thankful for that, by the way.) I’ve learned new languages enough to communicate to locals, and travelled alone, and with a baby.

Where did I get the confidence to do these things? It was partly because of how I was raised. (Thanks Mom and Dad.) I was expected to get over myself, pull my weight, and get on with things. There is work to be done, and people who need help. The world will try to knock self-confidence out of you, especially if you’re a woman, but I’ve somehow managed to hang on to mine through life.

Of course, I have had times of self-doubt, business failures, fatigue, and discouragement but keeping the vision in front of my eyes always gave me the nerve to pick myself up and go on. Eventually. 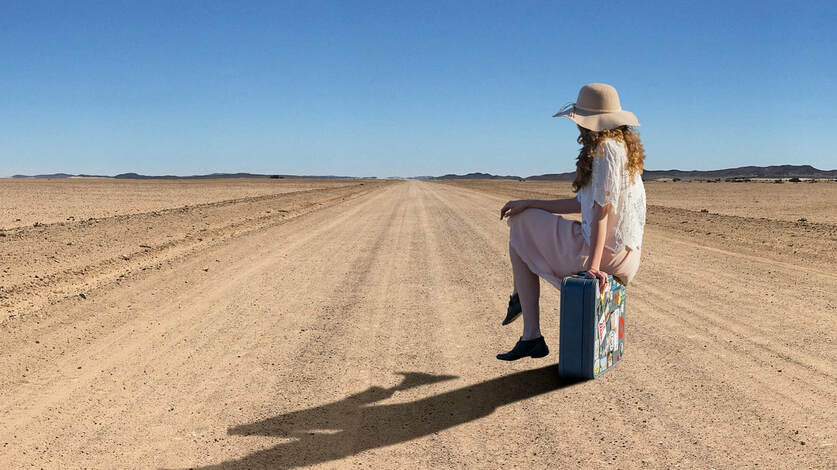 Sometimes it feels like a lonely road.
Nearly dying several times gave me a perspective on life - it could end any time so I’d best get with it - that I might not have had otherwise. (That’s a story for another time and I don’t recommend this as a means of having your eyes opened. There are easier ways.)

We’ve all heard comments about nerve made in a snide or sneering way: She’s got some nerve to…whatever.

What those people are saying is that the person with nerve had the confidence to do something they themselves don’t have the gumption to do. Jealousy speaks.

I love the quote above by J.K. Rowling because it showcases nerve in a positive light. It means regardless of what anyone else thinks or says, you will be true to yourself. (I’m not advocating going around bruising people. Be nice, be kind, just don’t stop living your life because of fear.) 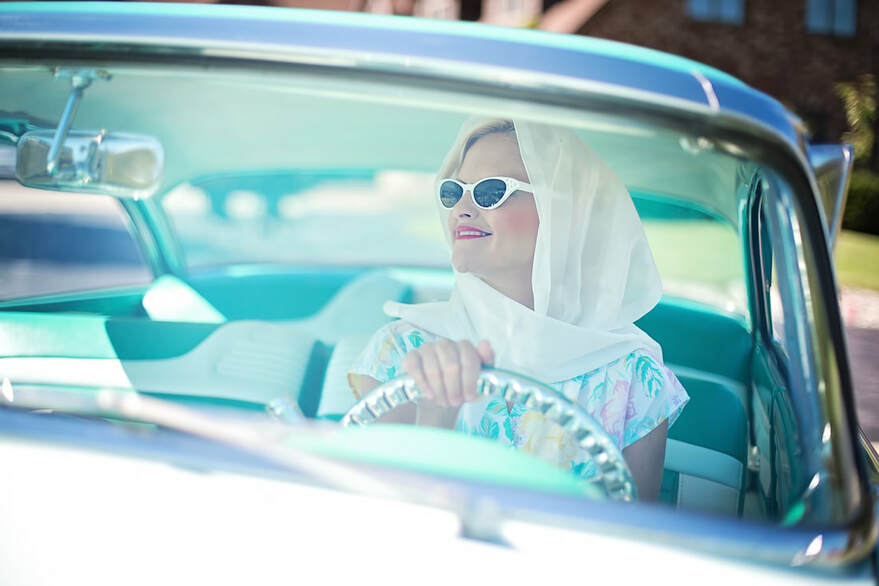 You get to be the driver of your own life.
When I was in my early thirties, I wanted to live in France. I wanted that to be one of the things I accomplished during my lifetime, and I didn’t want to wait until I was old. My children were ages six and eleven, my husband had a job. I had a small business.

I started by telling my kids that we would be moving to France. If Mom says it, it’s going to happen, right? Getting my husband on board took a little longer but gradually the pieces came together. We sold our house, stored our belongings, ordered home-schooling materials, bought plane tickets, and off we went.

It wasn’t as simple as that, of course, but my point is, I had the nerve to go after my dream. I didn’t want to wake up one day at sixty-four and wish that I’d done it. I've been so glad ever since. 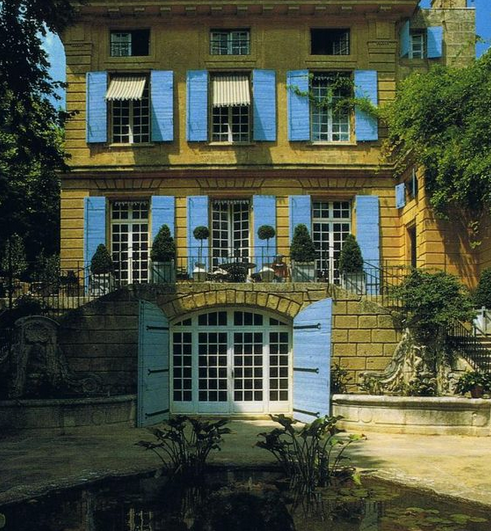 This is where I lived in France. It was better than the dream.
Believe me, it took nerve to keep pursuing the dream when people in our lives thought we were nuts. Oddly enough, some folks said they wished they had the nerve to do something so bold. Others thought we’d fail spectacularly, and didn’t mind telling us so. The reactions of those people meant nothing to me. I felt called to live in France. I knew it wouldn’t be forever, but it had to be done. God had a plan, and I was on it.

What about you? Do you want to:
I met a man once who owned a perfectly respectable business but always talked about wanting to make movies. One day in a staff meeting, his employees took him to task about it, and told him essentially to finally grab a nerve and get with it. A year or so later, he launched his first film. 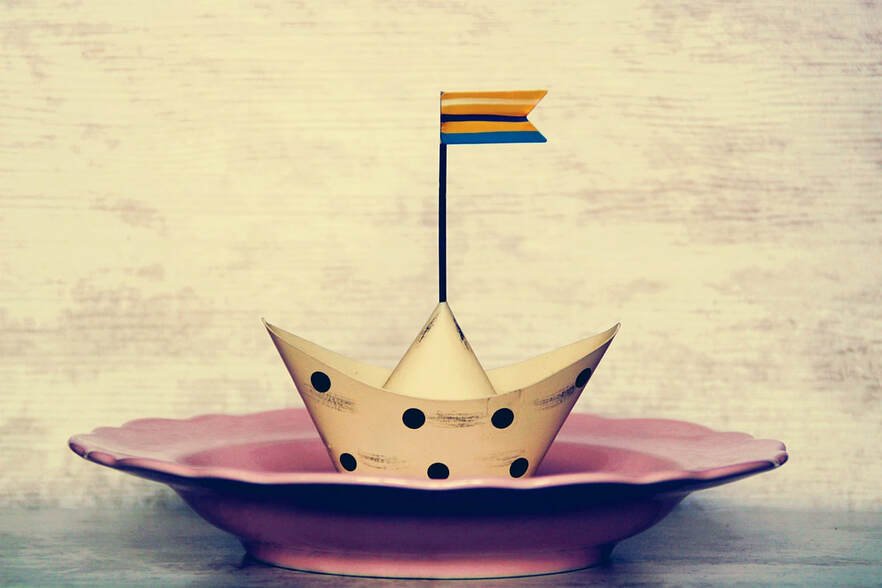 You have to send a ship out before it can come in.
You can wait forever for your lottery ticket to win, your ship to come in (do you even own a ship?), or everyone to be nice and supportive so you can finally move forward with how you want to live your life.

Or, you can get some nerve and go for it. I recommend this method. You’ll have a lot more fun.